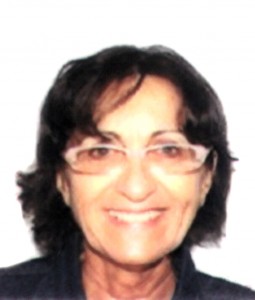 From 1975 till 2011 she worked as a clinical psychologist in the Italian National Service for Mental Health, reaching senior level in 1978. In 1984 was made head supervisor of a community program for youths who were addicted to drugs. In 1991 director of the clinical psychological unit of the local prison.

All along her career she has been teaching psychotherapy and conducting workshops, training and clinical supervision for mental health service professionals.

In 1994 she was appointed juvenile honorary judge by the Italian Superior Council of Judiciary. From 2008 to October 2013 she was part of the Court of Appeals of Bologna, Youth Section.

She is now practicing as a psychotherapy and a supervisor and leading research groups.

Publications: in 1978 she published an essay on adolescent behavior (L’adolescente sublimato [The Adolescent Sublimated]), essay that became the subject of newspaper articles and reviews.

Subsequently she published research carried out mainly according to a qualitative scientific methodology: case studies and therapeutic technique, as well as an analysis of psychiatric practice and of psychotherapy teaching. In particular, studies conducted for several years on physical violence in couple relationships resulted in some publications up to an article published in 1993 on Family Process (“Physical Violence in the Couple Relationship: a Contribution Towards the Analysis of the Context”, Family Process, no.1, vol.33, pages 21-33).

Afterwards, she dealt with forensic psychology, producing several articles and an essay on the professional profile of the juvenile honorary judge in the Italian system, Il giudice onorario minorile [The Juvenile Honorary Judge], Franco Angeli, 2006 republished in 2013, subject to several reviews on sector journals.
Overall, as the sole author, she produced more than forty scientific publications in the press.

Since 2000 she has been part of the editorial board of Minori Giustizia, a review sponsored by the Italian Association of Magistrates for Youth and Family.